From the old-time fields of Akron, Chicago, Canton and Cleveland to the modern-day stadiums of Dallas, New York, Atlanta, Minneapolis and San Francisco, football has grown alongside our nation, creating a rich National Heritage for players and fans alike.

In recognition of football’s landmark 100 years, we have been proud to create this original “100 Years of Professional Football” Tribute rifle.

The Henry rifle Championship Edition is the highly popular, “Made-In-America or Not Made at All” Henry Golden Boy Silver .22LR lever action. Without question, this rifle would make an extraordinary gift for the avid firearms enthusiast and football fan—a gift that will clearly be passed down from generation to generation.

On the right side of the receiver is a ring of inscriptions celebrating professional football’s power and tradition to its thousands of players and millions of fans. The inscription surrounding the central design pays to tribute to virtues inspired by professional football, including “Excellence-Pride-Character-Loyalty-Strength-Tradition-Camaraderie-Passion and Heritage”.

The left side features a classic engraving of an old-fashioned player with leather helmet and jersey number 19 and a modern player with jersey number 20—together the jerseys celebrate the first year of professional football.

For additional information, pls email Mike at mike@highcalibergifts.com or call 803-456-3521. 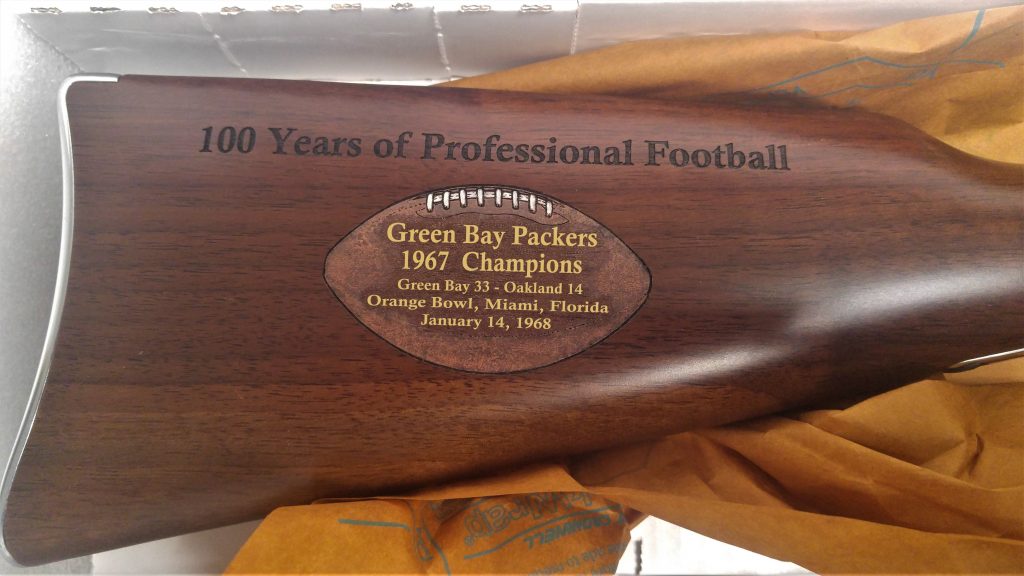