One Millionth Henry "One of One Hundred" Tribute Lever Action Rifle

Sorry, but as we predicted, this Special Edition has sold out.
However, we are pleased to honor your $200 Friends of Henry discount on the next edition, now in production.

As a tribute to Henry Repeating Arms and the loyal “Friends of Henry” the “One of One Hundred” Special Edition sold out quickly. You may reserve one of the first rifles in the “1 of 1,000” edition with a $500.00 deposit on the order page. Your $200 discount can be applied to your deposit so your card will only be charged $300.00.

As he watched Henry collectors drive bidding on the historic lever action past $25,00.00, beyond $40,000 and then past $50,000.00, Henry President Anthony Imperato was excited. But Anthony also wondered if there wasn’t some way more Henry fans could own a part of this special time in Henry Repeating Arms history. His answer is this special “Tribute to One Million” Special Edition created in partnership with High Caliber Gifts, LTD and kicking off with the first “One of One Hundred”. “I am super happy to offer these special edition rifles to Henry collectors,” Mr. Imperato recently announced. “I strongly believe this is one of the finest—if not the finest—Limited Editions we have ever offered.”

No detail was spared in the production of this “One of One Hundred” Special Edition. Design and engraving are by the same Baron Engraving artisans who created the $55,025.00 #1000000H rifle. In tribute to that historic rifle, these “One of One Hundred” also feature presentation grade walnut, 24-carat gold roping surrounding both sides of the receiver, gold “One of One Hundred” and “Tribute to One Million” inscription and the prominent “Made in America or Not Made at All” Henry logo. And just like on the $55,025.00 rifle, the four receiver screws on each rifle are engraved and gold plated at a cost of more than $10.00 per screw.

At the direction of Mr. Imperato, the bulk of this “One of Hundred” Limited Edition is being made available only through a special offer to “Friends of Henry” for $200.00 off the List Price of $1295.00 with coupon code: 200Friends

Your rifle will carry serial number 1000011H-1000098H. You will be assigned the lowest serial number available when your order is received. This tribute rifle will likely sell out very quickly. 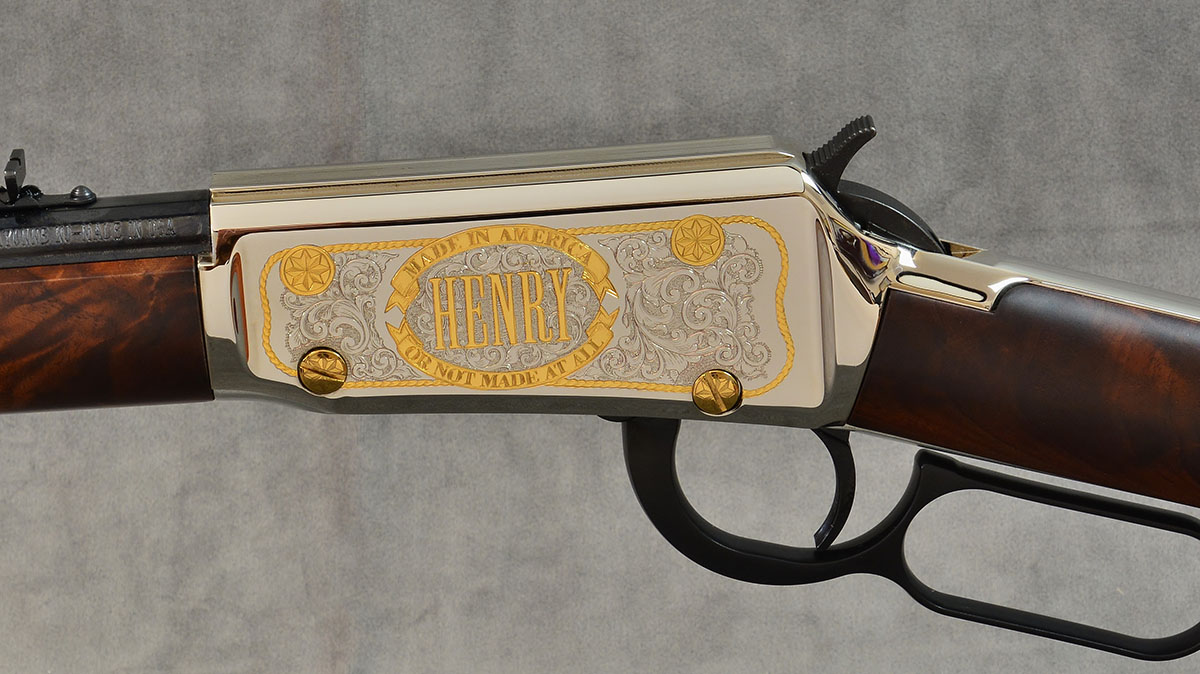 Information on additional engraved rifles in the “Tribute to One Million” will be available soon from Henry and High Caliber Gifts.

Use Coupon Code 200Friends to receive your $200.00 Friends of Henry Discount.
Please allow 7-10 days for shipping.

For additional information contact Mike in our Connecticut office (email: help@highcalibergifts.com, Phone: (203) 456-3521) or Kay in our South Carolina office (email:kay@highcalibergifts, Phone: (803)641-1030). Serial numbers 1,000,100 through 1,001,000 will be available soon from High Caliber Gifts.  Sign up for our mailing list and be the first to know about these and additional tribute rifles.